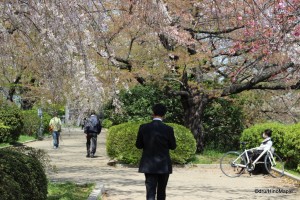 Another year has passed and I have another hanami, or cherry blossom, report.  Yes, my report is very late this year, but I had parental units in town which meant that blog writing took a back seat.  This year, in preparation of the parental units visiting, I didn’t have a good chance to see the cherry blossoms.  I made it my mission to go to Chidorigafuchi this year but I waited for the parental units to come before I headed there.  I should have gone earlier as I missed the peak season, but I was able to see some new things that I haven’t seen before.  I did get a good sense as to how Chidorigafuchi should look during the peak as all of the blossoms had pretty much fallen off and the pink stems were still on each tree.  It gives me an even greater incentive to head there during the peak of the season next year. 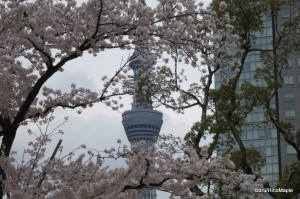 Other than Chidorigafuchi, I mainly kept to the tried and true areas that I know.  I went to my local park, Kinshi Koen, where I had a hanami party with Sox.  It was a little unfortunate as it started to rain a little and we ended up in a secondary area underneath a big highway.  At least we were dry.  I was also lucky enough to see some of the blossoms starting to bloom at Oji and several other shrines around Tokyo.  Next year, I promise to make more time to see the cherry blossoms and give a proper report on Chidorigafuchi, and probably Yasukuni Shrine as well.  For now, here is a sample of photos of the cherry blossoms.  A full set of photos are now on Google Plus.  The links are at the bottom of the page but first, here are a few highlights! 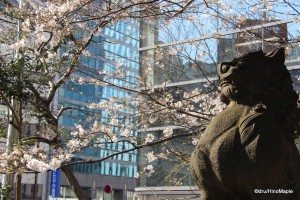 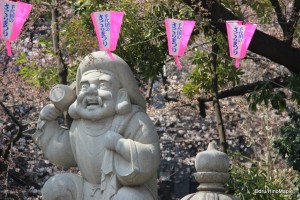 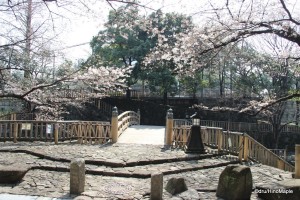 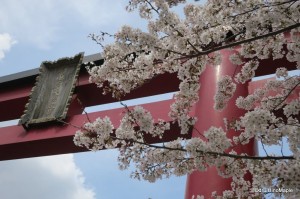 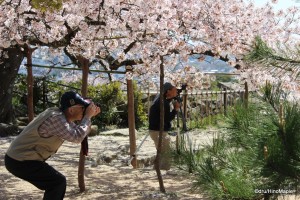