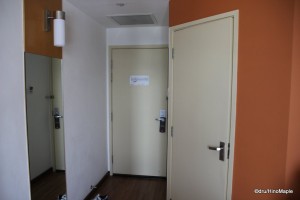 When staying in Singapore, for the second half of my trip, I stayed in the same hotel that I stayed in 2 years earlier.  I stayed at the Hotel Ibis on Bencoolen.  It was a nice business hotel that was cheap and convenient enough.  The first time I took the train to Bugis Station and walked to the hotel.  This time, since I was coming from the ferry terminal, I took a taxi instead.  The bus and train combination was not something I was looking forward to after visiting paradise but the only problem was that the taxis didn’t show up often enough.  The remoteness of the ferry terminal made it difficult for taxis to justify showing up but at the same time I was annoyed that the taxis didn’t call each other to tell them that they had an easy pickup at the same time.  It is more of a failure of the companies themselves to capitalize on this.  It isn’t a knock on the hotel itself though as the trip from the terminal to the hotel was pretty simple and direct and I was there quicker than I could have though. 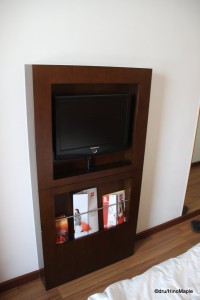 When I got to the Hotel Ibis, I was not the only person getting there.  There were about 3 taxis arriving at the same time and the doorman was not present to help me, so I had to help myself.  It was no big problem as it is a budget business hotel.  The only things I ever expect are a clean room and friendly service if I need it.  It doesn’t even need to be very fast but at the very least efficient.  I stood in line to check-in as it was a little busy and when it was my turn, I promptly met a nice young guy who was just starting out in his job.  I could tell because he had the “new” tag on his name tag.  My biggest problem at that time was not even the hotel staff.  They were pretty friendly and understanding, but the people behind me were breaking every rule possible when it came to my personal space.  Rather than keeping a metre or two away from me, they decided to stand immediately behind me with barely 1 foot of space between us.  I could easily hear what they were saying.  If it were a train station and we were waiting for a train, that wouldn’t be a problem, but when it comes to a hotel and I have private information in front of me, I care a lot.  The person helping me was apologetic but in reality there was nothing he could do about it.  I just asked him to go very slowly for them.  It didn’t ruin my holiday nor did it ruin my mood.  I just played it off as best as I could. 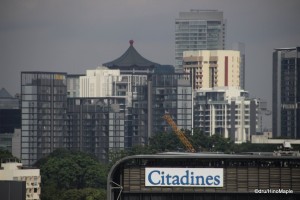 The Hotel Ibis is a good hotel due to its price.  It is pretty cheap for the area but it isn’t as convenient as the other hotels.  It is a short 5 minute “hike” from the station and a lot of it goes through shopping malls and hawker stands.  There are 2 main hawker stands in the area and the most direct route took me past the garbage depot for both of them.  Needless to say it stunk a lot.  Considering I walked by there several times a day, it wasn’t pleasant but I could have easily chosen a different route to get back to my hotel.  I felt the convenience outweighed the smell.  Most of the malls are located between the hotel and the station and towards the City Hall area.  On the other side of the hotel it wasn’t really interesting as there were only a couple malls to look at.  I wasn’t interested in the electronics mall that was nearby.  I spent most of my time going back to the station instead.  The good thing about going to the mall was that it had a supermarket which meant they had cheaper food and drinks compared to 7-11.  While I think 7-11 is good, they do add a mark-up on things and if you really need a drink, 7-11 is good.  They are located on the main floor of the hotel but you do have to go outside to get to it.  It isn’t bad and in those terms it was a very convenient location.