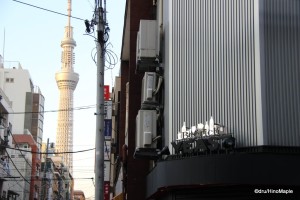 Beerich Yeast is a hidden gem of Kinshicho.  It is a small bar nestled in the small streets just north of Kinshicho Station.  It is a favourite watering hole of mine as of this autumn, when I finally decided to try it.  I had passed by this bar several times and had always wondered what kind of bar it was.  When a friend of mine went there to try it out, he discovered that they were actually a craft beer bar.  Beerich is definitely a bar with drinking being the main highlight of the shop.  Their specialty is procuring alcohol from all over Japan.  Rather than promoting the typical Smirnoff based drinks or the Bacardi mixers, Beerich focuses on alcohol made in Japan.  You can find every type of alcohol base you can imagine that has been made in Japan.  I couldn’t spot any foreign made alcohol within the bar at all.  They had vodka made from rice that was produced by a sake brewer; they also had a variety of Okinawan Rum.  While Japanese whiskey is world famous these days, I can’t wait to go back and try the other varieties of alcohol to see what they are like. 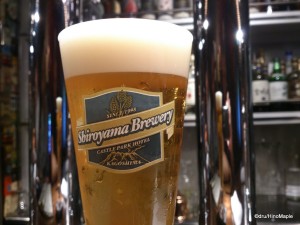 The main reason I keep going to Beerich is to enjoy the beer.  They have 7 beers on tap with 4 of them being permanent beers.  They have a Sapporo Edelpils and Shirohonoka (白穂乃香) which I haven’t tried as well as a Yona Yona Ale and Tokyo Black from Ya-Ho Brewing1.  I can easily get the Ya-Ho Brewing beers at a local supermarket these days and Sapporo isn’t really a craft beer, so I try to avoid the permanent drafts.  I almost always go for the specialty, or guest, beers.  They always have 3 guest beers on tap and they always hale from various areas of Japan. The quality of the beers is very good and the setting makes it even better.  I have almost always sat in the bar area on the first floor but there are 2 more floors above the bar.  They are usually reserved for bigger groups and parties but I usually enjoy the atmosphere of the bar.  You can talk with the bartender a little as well as get to know the beers a bit more.  I have seen them make recommendations on different drinks but they may not be particularly friendly to foreigners due to the language barrier.  From my experience, they don’t speak English, or they only know a little English, so it will be tough for a typical tourist to visit the shop.  They do have an English menu to help but most of the beers are not on the menu as they change often.  It isn’t impossible to see a foreigner in the bar but I don’t know how easy it would be for them to understand what the bar is about.  I’m sure they’ll still treat you with as much hospitality as they would with anyone else. 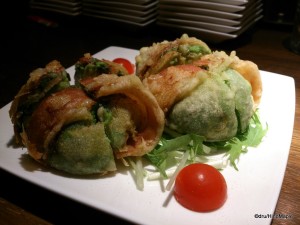 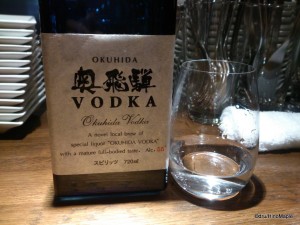 I usually don’t eat when I go to Beerich as it is primarily a bar.  I have tried a few dishes and while they don’t have a full service kitchen, they have a small deep fryer and a burner so and they are capable of making a few simple dishes.  It is typical bar food so don’t expect a full meal.  If you expect only a few dishes that will go well with a few drinks, you’ll be happy.  Thankfully the food is of high quality so you probably won’t be disappointed by your food experience there either.  I do enjoy going to this bar from time to time as the atmosphere is a joy.  It is never too noisy and it always feels classy.  While the beers can be a little expensive at just under 1000 yen a glass, they often have beers that I have not seen elsewhere.  It seems they support the more obscure craft brewers rather than the larger ones like Baird or Swan Lake.