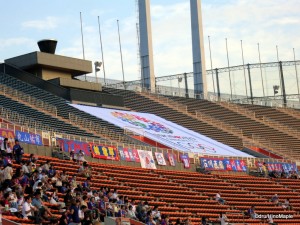 If you haven’t heard, Tokyo was awarded the 2020 Olympics this morning, Japan time.  I woke up and checked the news and quickly learned that Tokyo would be having the Olympics.  I am both excited and a little worried at the same time.  Tokyo was in a tight race with Madrid for the games and after reading that the first round saw Madrid become eliminated, I wasn’t surprised to read that Tokyo won.  Choosing between a safe bet of Tokyo versus a somewhat unknown of Istanbul, I would guess the IOC members were considering Tokyo the safer of the two.  When looking at the upcoming Olympics in Sochi and Rio, I can see why they felt it safe to choose Tokyo.  Russia is currently having a little political spat with the “western bloc” and Rio is having trouble with their stadiums.  Japan will be safe in terms of having their buildings completed on time and the trouble with its neighbours is relatively safer than Turkey and its neighbours. 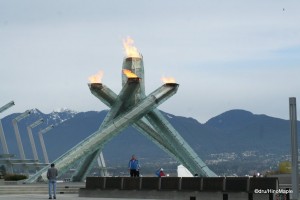 So what does this mean for me, Sox, and Tokyo in general?  For anyone wishing to visit Tokyo, this means pretty much nothing.  Tokyo will still be humming and the construction will not really interfere with daily life.  One thing that will be affected will be some of the “rundown” areas where developers will be eager to capitalize on the Olympic rush.  Land prices are bound to shoot up in Tokyo, but be weary of purchasing a property in the lead up to 2020.  The Olympics have had a nasty effect of creating a real estate bubble.  Thankfully in Vancouver, that wasn’t really the case, but the Olympic Village in Vancouver did have a lot of trouble due to mismanagement and missed opportunities.  I have heard that developers are circling Golden Gai in Shinjuku and trying to redevelop it into a sterile shopping and commercial complex.  You can expect that in almost all of the major districts in Tokyo and you can expect Tsukiji to be redeveloped into a more sterile environment once the fish market moves to its new home near Toyosu.  We definitely have to fight to keep Tokyo’s character, but I feel Shitamachi won’t change too much. 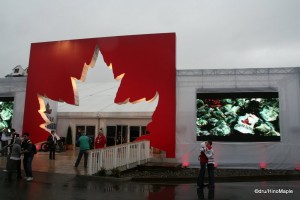 The Olympics itself will be a great party and you’d be silly to miss it.  Yes Ru, I’m looking at you.  If you have never attended an Olympic games, you really need to understand what it is all about.  First, the city becomes very patriotic.  You can see national flags everywhere and everyone has a smile on their face.  This was the case of the only Olympics I had ever attended, the Vancouver 2010 Olympics.  Of course the Tokyo 2020 Olympics will be different, but I suspect people will have their faces painted with the Hinomaru flag, Japan’s national flag, and people will be on the streets watching the games on large monitors.  The games themselves will require thousands of volunteers.  They will be bright and happy people helping you get to wherever you need to go.  Tokyo will not be the easiest city to navigate but it won’t be difficult once you get the hang of it.  We then have the parties, and yes there will be parties.  The Holland House is the most famous pavilion in the Olympics.  Heineken has sponsored the Holland House for most of the recent Olympics and it is where you can see all of the Dutch athletes celebrate their wins every night.  It is the best “club” in the Olympics and if you have a Dutch passport, you get in quickly.  I never went but I heard it was a great place.  If Canada does a Canada house, you can expect me to be there at least a couple times. 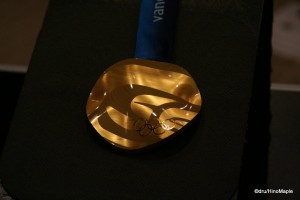 So what will I be doing in 2020, rather where will I be?  I’ll be in Tokyo.  Whether I’m still in Shitamachi will be a different question.  Will I still be an English teacher?  I hope not.  I hope my business will be up and running, and maybe a second business will be running too.  I have my book which is looking likely to be finished this month and hopefully that will be a decent seller leading to the Olympics.  Then I have my business that isn’t “open” yet but running.  Hopefully I’ll have a lot of business helping people around Tokyo during that time.  I also have an ambition to start a brewery or a small brewpub.  I don’t know if any of these will pan out before 2020, but you never know.  I’ll definitely be in Tokyo by then, unless something terrible happens.  You’ll see me with my huge flag of Japan and flag of Canada on my back.  Hopefully I’ll see you at the games and you can be sure that I’ll be having a lot of posts here on this blog documenting any changes I can see leading up to the games.

Congratulations Tokyo!  It wasn’t a big waste of money after all.  😉 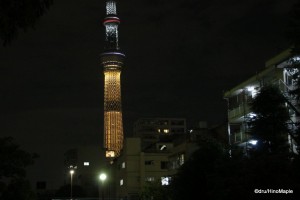