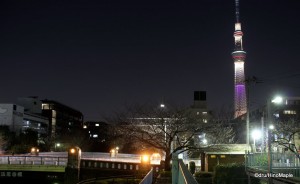 From Monday till Thursday, the IOC Committee was in Tokyo evaluating the Tokyo 2020 Olympic Bid.  Tokyo is going against Madrid, Spain and Istanbul, Turkey.  The Tokyo Olympic bid is the second time in a row after failing to get the 2016 Olympics.  The past Governor of Tokyo, Shintaro Ishihara had a grand plan to bring the Olympics to Tokyo.  Mr. Ishihara went onto national politics and his successor picked up the torch.  The bid itself looks good on paper but it might have already been doomed to failure.  The 2018 Winter Olympics will be held in Korea and the chances of Japan making it past the first round is pretty slim but you never know.  On the other hand, there is a lot of guaranteed infrastructure and Tokyo won’t have to do too much to improve itself in order to accommodate the circus known as the Olympics.  The only wildcard in the bid was the stadium, but that has been settled with the 2019 Rugby World Cup as the National Stadium is going to be updated, rather rebuilt, in time for those games.  The Olympics would utilize the new stadium meaning the costs for the games are theoretically reduced by $1bil.

So what does this have to do with Tokyo Sky Tree?  From March 4-7, the IOC was in Tokyo to evaluate their bid.  Tokyo Sky Tree, and also Tokyo Tower, was specially lit to welcome the IOC Evaluation Commission.  Tokyo Tower was lit up and 2020 was placed on the side.  Tokyo Sky Tree utilized its lighting to create the 5 Olympic Rings.  The central column had blue, yellow, purple (black), green, and red.  The colours would start at the bottom and rise up to the midway point of Sky Tree.  Each colour would rotate and if you had no idea what was going on, you wouldn’t be able to understand.  Last year they did the same thing when the Olympic Bid was turned in and I had no idea why it was changing colours until I checked the news.  Tokyo Sky Tree also had a special race line.  Usually the white ring on each observation deck rotates to signify the passage of time.  If I remember correctly, the rings were changed to have 3 lights rotating to signify a race.  I could be wrong on this but I did see the 3 lights running around Sky Tree.  If you missed it, you may have another chance to see it, but I can’t guarantee it.

Here are a couple videos I took: