The JNTO (Japan National Tourist Organization) published a list of the best and worst destinations in Tokyo. Rocket News 24 published an article talking about the worst 5 on the list (originally sourced from Madam Riri, a Japanese blog from what I can tell). While I can understand the reasoning, there are a few caveats that must be explored before being able to call them the worst places to visit for a tourist. 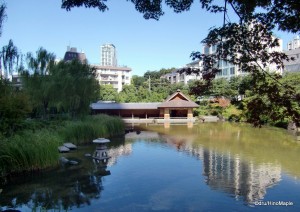 Roppongi has always been a bad place to visit. Before I even came to Japan, I knew Roppongi was a bad place. It was full of foreigners and a lot of hustlers trying to get you into expensive bars and clubs. It is a place where foreigners go to party and the local folk keep away. It is akin to talking about the infamous Gas Panic night club, rather bar. Gas Panic is in the Metropolis magazines, a typical read for people new in Japan. It is well known for being home to foreigners looking for a Japanese hook up and for Japanese people looking for an easy foreigner. It is not a place for respectable people to visit. Do note that these are over generalizations and I have never been to Gas Panic in my life, but from the stories my friends tell me, I doubt I’ll ever visit. Roppongi has changed a lot in the last 10 years. It is a lot safer and there are better places to visit these days. Roppongi is next to Azabu Juban which is home to a lot of great eateries and also a lot of foreigners. Roppongi Hills and Tokyo Midtown are great places, but not for everyone. If you are touring around Japan, Roppongi should always be your last place to visit, but I believe it is considered bad mostly because many people just hear that Roppongi is the place to be for the night life but they don’t realize that the night life is for foreigners only. If you want good authentic Japanese night life, there are a lot of better clubs in Tokyo, you just have to dig deeper than the typical travel guides. 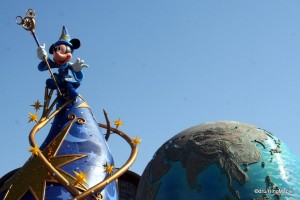 Unless you are a big Disney fan, you shouldn’t be thinking about visiting Disneyland in the first place. DisneySea, as the report says, is more interesting but even then you will be hard pressed to find a lot of people who will want to go. If you want to go to the happiest place on earth, I find it better to do it in your own language. The main problem with Disneyland is that it is very crowded and even DisneySea is terrible on weekends due to the lines. I don’t think Disneyland is a bad place to be, but it is definitely a victim of its own success. Japanese people love Disney and even as adults they feel they need to visit Disney at least once a year.  For a tourist, even if you do have kids, there are a lot of better places to visit in and around Tokyo. As an adult or an older child, Disney Resorts may be a good place to visit, but don’t forget that Disney always charges Disney rates and the lines can be horrendous. 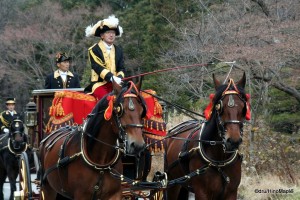 I think this one is bad because tourists don’t know where to go. The Imperial Palace itself is a very boring place to visit and I thought it was a terrible place to visit until I actually saw the better area of the palace grounds. Most people visit the main area outside the main entrance but few head to the East Gardens. The East Gardens are very lovely and free. Instead of going to Shinjuku Gyoen, you can save money and visit the East Gardens. While Shinjuku Gyoen and some of the other parks are better, the East Gardens are free, so you can’t beat the price. Skipping the main entrance is fine, but you can’t discount the East Gardens. You also have to consider the area around the Budokan as part of the Imperial Palace and that area is also quite good in terms of greenery. If people don’t go there, it is their loss and I’ll be happy to keep it as my own personal secret. 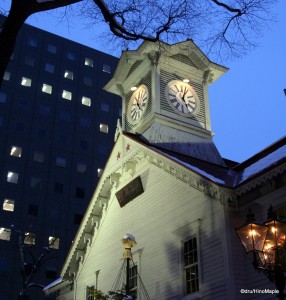 This one also makes the Japanese list of worst tourist draws in Japan. The top 3, worst tourist draws in Japan, include the Sapporo Clock Tower as well as Harimayabashi in Kochi. I forgot the third one and I can’t find any information on this by myself. This information was bestowed upon me by a student many years ago and I do agree with it. The Sapporo Clock Tower is just a simple building with a clock on it. It is a symbol of Sapporo but in a city the prides itself on the Snow Festival and desserts, why would you consider visiting a clock tower? In reality, Sapporo doesn’t have too much to see. Otaru is a better place but the clock tower is a quick visit on the way to and from Sapporo Station. It doesn’t hurt to just take a look for a minute or so. 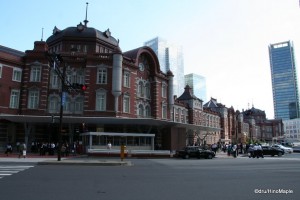 This is a bit of a surprise, yet it isn’t. People who come to Japan are looking for either the historical side of Japan or the modern side. Those looking for the historical side will be let down, but mainly because they don’t know where to look. Tokyo has a lot going for it and being a resident here does make me a bit biased. Living in Shitamachi now has opened my eyes to the old side of Tokyo. It is very difficult to find old heritage buildings and it is difficult to feel like you are in a different world when many of the temples and shrines are surrounded by large modern buildings. It is even harder when an apartment building was built on top a temple or shrine. People who ask for advice on Japan often get a lot of people saying that if they want to see the old style of Japan, they have to go to Kyoto. This is very true if you want a real old feel, but Tokyo does have some good gems. I can’t show everyone where to go, but Tokyo is just one stop on a tour of Japan. As the article says, “I don’t think there’s any one place in the world that typifies a ‘real’ experience of the entire country that it happens to be a part of.” This is very true of any place, and you don’t have to visit Tokyo as you can easily get a similar experience in Osaka, albeit not the same. For a tourist, it won’t make a huge difference.