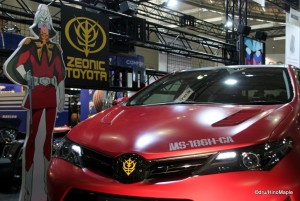 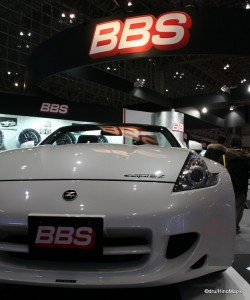 The Tokyo Auto Salon is not as organized as the Tokyo Motor Show, but it doesn’t have to be.  From my observations, I noticed that the new halls (Halls 9-11) were dedicated to the independents.  I saw a lot of private companies and relatively few major manufacturers.  The main stage was also set up in the new halls.  It was nice to see but it was a lot busier than I expected.  What I didn’t know was that the new halls were open to the public from 9am and that I should have rushed a little more so that I could see the main sections.  The original area (Halls 1-8) was relatively unchanged from last year.  They did shift a few of the people over to the new halls, but most of the manufacturers were relatively in the same hall as last year as well as being in the same area of the hall.  Being allowed access to the original area before the public meant a lot to my own sanity.  It was pretty busy in the new hall as there were a lot of people just taking their time there since they had to wait for the original halls to open to the public.  In the original hall, it was mostly press and others like me.  It was a breath of fresh air to be allowed to see the show in a different light and not have to worry too much about the horrible crowds.  During the public days in 2012, it was difficult to get around and I would see people several rows deep just to see the girls.  With most of those people not allowed into the show, I was allowed to keep most of my sanity and just enjoy the show. 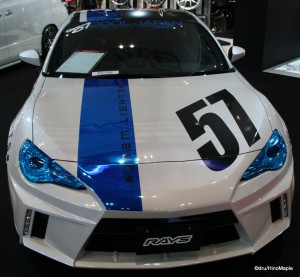 In terms of cars, this year I saw a lot of Toyota 86s.  The Toyota 86 (Hachi-roku – ハチロク) is a car who’s name continues to confuse people internationally.  The Toyota 86 (Japan’s domestic market name) is called the Toyota GT86 in Europe and the Scion FR-S in North America.  I’m a little sad that they changed the name to the FR-S in North America as I like the Hachi-roku name.  It has a lot of history for Toyota and shows that they are starting to reconsider the sports car market after a few generations of family oriented cars.  The Toyota 86 even had a special corner where you could see a lot of interesting modifications to the car by different tuners in Japan.  There was even a special “Import Car” vote where they pitted the Scion FR-S to the Hyundai Genesis Coupe.  It seemed a little strange that they consider the Scion FR-S as an import car.  Technically it is an import, but it can easily be classified as a re-import rather than a true import.  Needless to say, I’m pretty sure the Scion FR-S will win as by the time I voted, early in the morning on the first day of the show, the Scion had a clear lead.  This year, as I was rushing though everything, I didn’t get a good chance to see everything as I did last year.  I did find a couple of VW Bugs for Ru and the photos are below.  There were also several Lamborghinis but they tended to be gaudy more than anything.  It was also the first time that I took the time to see the outdoor exhibit.  Last year, I didn’t have enough time to see it as I ran out of time.  After eating a quick lunch, I headed outside in the cold to see the drift cars from the D1 league in Japan.  It was nice to see them, and being a racing fan, I enjoyed it a lot.  I didn’t stick around to see the demonstration but I didn’t care to watch it.  The only down side was that I had to walk outside for about 100 metres and it was positioned under the exhaust fans for the smoking rooms.  100 metres and feeling as if I were in a smoking room, yet outside, was one of the worst things I had to experience at the show, but I can’t blame the organizers for what was a design fault of Makuhari Messe. 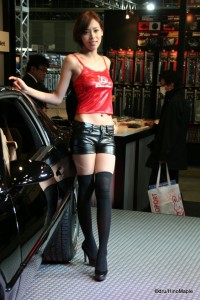 I can’t emphasize how thankful I am that I was able to go to the Auto Salon before most of the general public.  It allowed me to see many of the girls, both good and bad, at the show.  Being a typical male, I was attracted to seeing the girls, as well as being charged by my friends to take photos of all of the girls.  The new halls had more girls per square metre than the original halls, but I think that was partly due to the fact that the original halls were mainly for business people and the press.  I found it relatively easy to take photos of the girls this year but I found that there was less variety.  While my photos don’t reflect that, I think that being able to see most of the women easily meant that I could take more photos of them.  Unfortunately I still felt as if there were fewer girls there during the press time.  I could be completely wrong, but that is just an impression and not a statistical fact.  This year did see a few oddities.  While the typical race queens were there decked out in 2 piece suits showing their mid drifts, there were also a lot of characters too.  I saw a couple girls dressed as if they were in an RPG, and the organizer, a skinny little guy, was telling people to not take photos unless they purchased something.  Really strange but I guess they are allowed to do that.  I also saw a couple Yankees, a group of young “gangsters” as well as some dressed up in military fatigues.  Of course, the skimpiest girls were the most popular as well as a few others who had their own fans.  I heard from a friend that the models have their own fans that follow them on their blog and to various events.  I’m not surprised by this as it is Japan and in a world led by blogs, it is not uncommon to see this.  Overall, the girls were about the same as last year. 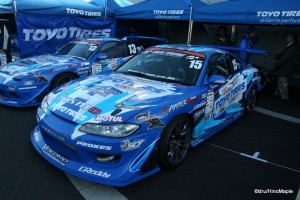 I found that the 2013 Tokyo Auto Salon to be a fun adventure.  While I don’t particularly like going out to Chiba, it is still better for me to go there than to Tokyo Big Site.  Tokyo Big Site is not far to reach but it takes more time for me to go there.  Unfortunately, I think this will be my last year to attend the Tokyo Auto Salon.  I may not make the time to go next year.  I was spoiled this year to be able to enjoy the Tokyo Auto Salon when it wasn’t too busy.  I may not want to endure the huge crowds that just took away my energy last year.  I will still endeavour to go to the Tokyo Motor Show late this year, and maybe the Tokyo Motorcycle Show if I am in town.  I enjoy looking at motorcycles more than cars, but it is just bad timing that creates the situation where I haven’t been able to go for the last few years.  We’ll see how things turn out over the next few months. 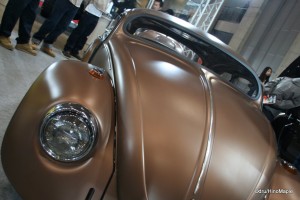 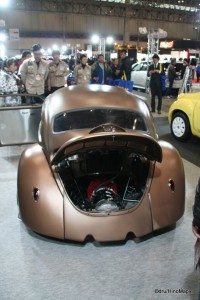 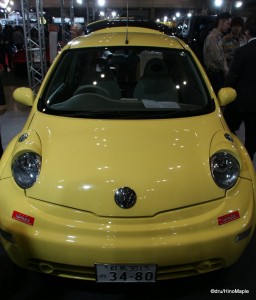 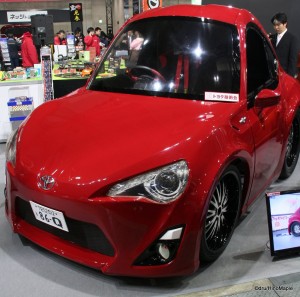