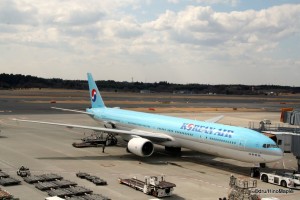 Recently, my friend has been planning his wedding here in Japan and a lot of his friends from back home are heading to Tokyo in a few weeks.  With them heading here, I have been trying to direct them to this blog to read a bit about the places that I have been and what I have seen.  I had an opportunity to revisit some of my old posts to see how things have changed.  One of those posts was the Narita to Tokyo post where I talked about the various methods of getting to central Tokyo.  Today I update things a little to reflect the new methods that I have learned getting to and from Narita from central Tokyo as well as the new Skyliner and Sky Access lines from the Keisei train company. 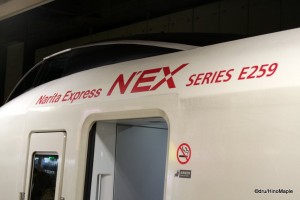 The Narita Express is still the most convenient and simplest way to get to Tokyo from Narita.  With the N’EX running roughly twice an hour all day to Tokyo Station, and roughly twice an hour to both Ikebukuro and Yokohama, the options are very good.  Buying tickets for N’EX is also very good as they have the SUICA & N’EX deal where you basically get a free SUICA card with 1500 yen on it.  The total cost varies depending on whether you get the one way or round trip tickets but it is a pretty good deal either way.  Regular fares start at 2940 yen each way to Tokyo Station for just the Narita Express and a SUICA & N’EX deal is 5500 yen for a round trip ticket and 1500 yen Suica IC Card. 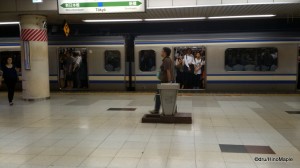 For those who want to save a little money, taking the JR Sobu Rapid, technically the Narita Line at Narita Airport, is not too bad.  It is a little slow and costs a little more than the cheapest way into Tokyo but it is still a simple and easy way into Tokyo.  There are only one or two connections needed depending on where you go in the city.  These trains run once an hour during the day and all trains head through Tokyo Station and on to Yokohama and beyond.  If you are heading to the west side of Tokyo, you will have to change trains at Tokyo Station but for backpackers, this is a cheap and easy way to get to and from Narita.  Fares to Tokyo Station are 1280 yen per person but you can also pay an extra 950 yen to enjoy the Green Car. 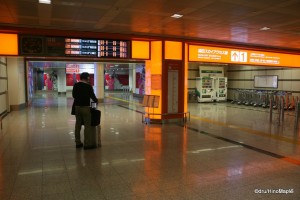 Keisei has decided to make things complicated since the introduction of the Narita Sky Access Line.  From Narita Airport, there are two lines that share the same platforms.  It is important to know which one you are going to take and to go to the correct platform.  For an old hand traveller like me who has been in and out of Narita more times that I can count, it is really easy to figure it out.  For someone visiting Tokyo for the first time, it can be a little difficult.  The first step is to figure out which line, then which train.  The simplest way to get into Tokyo is to take the Skyliner.  It takes 41 minutes to reach Ueno Station which is about 10 minutes north of Tokyo Station.  It costs 2400 yen each way on the Skyliner.  Trains run twice an hour, similar to the Narita Express but it is limited to either Nippori Station or Ueno Station. 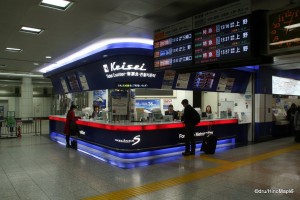 Alternatively, you can take the Narita Sky Access Line.  It costs 1200 yen one way to Ueno but it isn’t designed to be convenient for reaching Ueno.  The Narita Sky Access Line is not the easiest way into Tokyo anymore as it usually junctions south at Aoto Station and then continues on towards Haneda Airport.  It is a bit more expensive but it does get closer to Tokyo Station.  You can get to Shinbashi Station for 1280 yen.  Not a bad deal if you are staying somewhere along the Asakusa Line.  For people going to Asakusa, the Narita Sky Access Line is your best choice for getting to and from Narita.  From Narita Airport be sure to follow the orange gates to get to the proper platform. 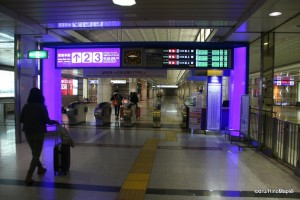 The old Keisei Main Line is still in use and it is marginally cheaper than the Narita Sky Express Line.  You can take it all the way to Ueno without having to change trains and it costs 1000 yen each way.  It takes more time than the Narita Sky Access and can feel a little tedious to take it but it is the most economical way of getting to and from Narita to the Yamanote Line.  There really isn’t much to say about this line but for those who are seriously penny pinching, this is the best line to take.  Unless you live along this line or it makes sense to use this line, it is unlikely that you will want to take this line.  If you do choose to use this line, be sure to go through two ticket gates and follow the blue gate, not the orange gate.  The Keisei lines are a lot more confusing now that they added the new line but after you do it once or twice and know what you are doing, it is pretty easy.