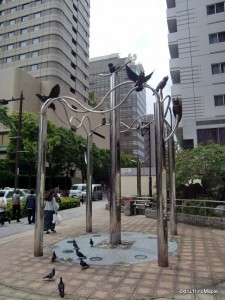 Ikebukuro is a somewhat forgotten city in Tokyo.  It is located on the north western edge of the Yamanote Line and isn’t as conveniently located as Shinjuku or as famous as Shibuya.  It is often known more as a transfer town where many people stop, do a bit of shopping, then continue home.  Ikebukuro is a major hub for people heading north-west towards western Tokyo and western Saitama.  Rail lines to the west spread out in similar fashion to Shinjuku and Shinagawa however they move more northerly.  While the town may be a transfer town, there are many things to see and do and a reputation that can make it feel like a younger sibling to Shinjuku. 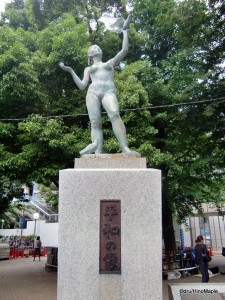 There are many ways to arrive at Ikebukuro.  The most common way is to use the Yamanote Line, but there are countless other lines as well.  Ikebukuro can be split into 4 major areas.  The western side of the station is a quaint little town that is full of life and spirit.  Just outside the west exit is a public art space inside a park.  There are several sculptures in an open square along with the Tokyo Metropolitan Art Space.  This is a large concert hall that has various concerts and performances all year.  It is also home to the largest pipe organ in Tokyo with free lunch hour shows.  Unfortunately, when I visited recently, the Tokyo Metropolitan Art Space was closed for renovations.  I’m sure it will reopen soon enough.  The west side is quieter than the east and not as built up.  There are various smaller shops and more tranquil parks in the area.  There are several ethnic restaurants that are there to please all tastes.  It is also home to a small outdoor goods section with a few shops specializing in hiking and camping gear. 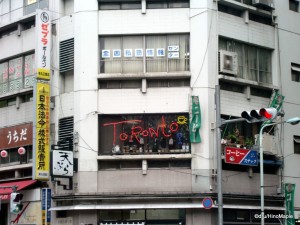 To the north of the station is a small area that is akin to Kabukicho in Shinjuku.  It is definitely not as well known and in some ways a bit more dangerous.  Like Kabukicho, this district is home to many clubs, bars, and adult themed shops.  It is also home to various restaurants where you can get good cheap food.  Somehow bars and the seedy underground business go hand in hand.  I would guess that drinking and risky business really complement each other.  During the day, this area is probably not as interesting to most people; however it can give a glimpse into what happens in the area and the type of people who frequent it.  There is also a small bridge that crosses over the train tracks which provides a great view of Ikebukuro Station and how busy the station gets as the trains constantly enter and exit the station.  While Shinjuku and Tokyo have more trains running through the station, Ikebukuro has more chaos as tracks crisscross each other creating a spaghetti-like mess below the bridge. 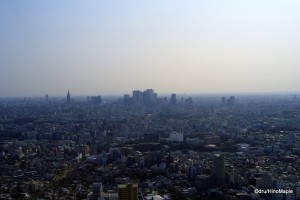 The east side of the station is where most of the action is.  The area immediately to the east and up to Sunshine City is a very busy urban centre.  When visiting this area, you will feel that it is busier and more chaotic than Shinjuku.  This is due to the nature of the area.  There are relatively few tunnels connecting each area and the shops are all crammed together.  The main roads and crossings are always crowded and it can be difficult to stop and smell the roses.  People will push to get to their destination and people will also push to get you into their shops.  It can take several days to explore this entire region.  The usual electronic shops are rampant near the station with various fashion boutiques along the main street to Sunshine City.  Just before Sunshine City is Otome Road.  This is a small 2 block section full of anime and manga shops.  It can give Akihabara a run for its money but unfortunately due to the size of the area, it still pales in comparison.  The shops are relatively large compared to the small shops in Akihabara which make it much easier to find things.  The shops are also well concentrated in the 2 block section with almost nothing else beyond those blocks. 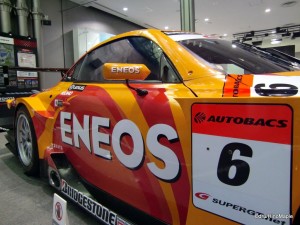 For those who want something touristy, Amlux is a Toyota showcase that is akin to Megaweb in Odaiba.  It is very similar with the one exception that you can’t easily test drive the cars.  It costs more money and requires early reservations to test drive cars in Amlux.  They have similar models on display and rather than a wide open space, all the cars are crammed into a typical office building.  They still have the same amusement style rides for kids of all ages, such as driving simulators, and a few race cars on display.  Megaweb is by far the better of the two but Amlux is still a great place to visit.  Connected to Amlux, and just across the street of Otome Road is Sunshine City.  This is one of the most famous building complexes in Ikebukuro.  It is home of the 60 story Sunshine Tower with an observation deck with spectacular 360 degree views.  Note that when I say spectacular, it’s mostly a view of Tokyo so don’t expect to see many mountains nearby or a lot of nature.  Expect to see a sprawling urban landscape.  The Sunshine City complex itself has lots to offer.  There is a basic shopping mall on the main floors as well as Namja Town, and Aquarium, and Planetarium at one end of the complex.  Namja Town is a theme park run by Sega Sammy.  It is geared towards children but they also have a few things for adults and couples.  Namja Town is well known as a place to enjoy gyoza.  Gyoza is pan fried dumplings and Namja Town boasts that they have the largest variety of gyoza for sale.  It can take a few days to try all of the gyoza available but it can be done.  Do note that there is an admission fee to enter Namja Town on top of the cost to purchase gyoza and play various games.  The aquarium and planetarium used to be very basic and standard fares.  They are undergoing renovations and will reopen this year.  The aquarium was nothing to celebrate before the renovations.  It was a small place that took only 20 minutes to walk through.  It was a very disappointing experience.  Unfortunately I can’t comment on how things will be after the renovations. 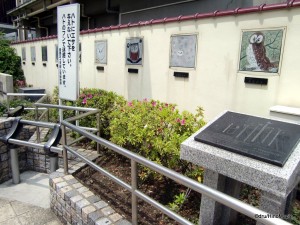 Ikebukuro is a great place to visit, but to be honest, not an essential place to visit when visiting Tokyo.  If there is something specific you’d like to see, you should visit Ikebukuro.  However, there are other areas with more options.  Shinjuku has the Tokyo Metropolitan Towers which has a free observation deck.  Roppongi also has a similar observation deck for a fee.  Odaiba has Megaweb along with other interesting things.  Rather than going to Otome Road, you can visit Akihabara to see manga, anime, and electronics, or better yet, go to Nakano and see manga and anime.  If you happen to be staying in Ikebukuro, it is a good place to stay and explore.  If you are staying elsewhere, you probably won’t need to visit the area unless you have visited every other area ofTokyo.