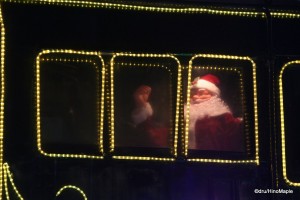 It is another year and another Christmas.  As I get older, I notice that times goes faster and faster.  I can’t believe it has been a year since I last wrote this holiday post.  It is nearly a tradition to talk about the Christmas season now.  Unfortunately there is nothing left to talk about for Tokyo’s Christmas.  In my previous posts, see links below, I have mentioned the tradition of Christmas in Japan.  In reality, nothing has changed over the years.  Things are still going strong and people just party like it’s 1999.  It is a little difficult to find new things and I’m sure I’ll discover something, but generally speaking there are no new unique developments in Japan. 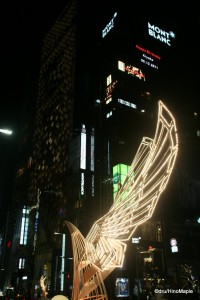 The most popular thing to do these days is to go around Tokyo and look at the various Christmas light displays.  There are several places that are now traditional places to visit.  Omotesando is one of the first places one should visit.  It is often credited as the place where Christmas Illuminations regained popularity in Tokyo around early the 2000s.  After they lit up the main street from Harajuku Station to Omotesando Station, lots of people flocked to Omotesando to enjoy the lights as well as do a lot of shopping. Most areas now do the same thing and it is almost a competition to see who can attract more people.  Unfortunately most of the displays haven’t changed much since they were first introduced.  The signs change and any lighting that is associated with a specific year has changed but the actual displays are generally the same.  It is a bit of a shame that they don’t become more creative but that is how things are in Tokyo.  People have an idea, make it possible then reuse it until it becomes stale.  Rather than revamping things so it stays fresh, they recycle things too often.  Thankfully some areas do change things up.  Christmas trees tend to be different each year and most weak displays are added upon each year until they become grand displays.  Some areas do change slightly each year but as mentioned the basic designs don’t change. 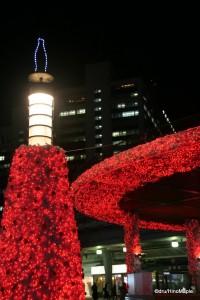 Other areas of mention are Shinjuku, Shiodome, Marunouchi, Roppongi, Korakuen, and Odaiba.  Most of the displays in these areas are very similar to previous years and the locations are the same.  It is possible that some of them will change but I haven’t heard anything about new displays this year.  Some areas are somewhat new but they tend to be on the small side in their first year.  Smaller areas of Tokyo will see light displays and they do tend to grow a bit each year.  Smaller areas don’t have the money to build a large display in one year so it takes a few years to build it up.  No matter where you go in Tokyo, you are sure to see Christmas decorations and lighting.  It can feel a bit commercial but it does put one into the Christmas mood.  Unfortunately, due to the greater importance of New Year’s decorations, after the shops close on Christmas day, the decorations are quickly removed and replaced with the New Year’s displays overnight.  It can feel a bit depressing at first but the thought of an exciting new year is wonderful. 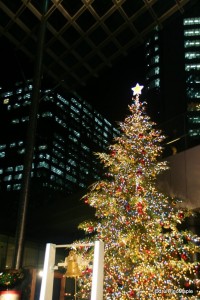 Merry Christmas everyone and I hope you all have a safe and happy holidays wherever you are.  For those who aren’t Christian, Christmas is barely a religious holiday anymore so I hope you can still enjoy it.  (^^)

Happy Holidays 2011 is part of a series of posts each year talking about the year end holiday season in Japan.  To read more, please venture to the other posts below: