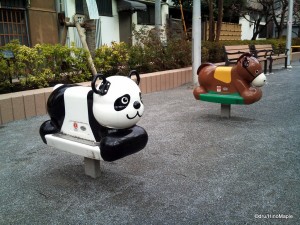 It has been over 3 weeks since the Great Higashi-Nihon Earthquake occurred.  There have been scenes of shaking and dozens if not hundreds of videos of the tsunami that ensued.  This was quickly followed a couple days later with serious problems at the Fukushima Daiichi nuclear power plant.  Things had gone from terrible to unbelievable.  I had “survived the big one” and now there was this big question mark about becoming the Incredible Hulk.  For the first few days, II would joke about this day after day to break the tension at work.  We even discussed what superhero we’d like to become if Tokyo received a huge dose of radiation.  Of course this was a nervous joke to break the tension but we have all survived so far.  The problems at the plant are not gone and they remain at the top of people’s concern in Tokyo and the general area.  People have almost completely forgotten about the fallout of the natural disaster that started this calamity.  With a few weeks passing, things are starting to return to normal, or what can be considered normal in today’s world. 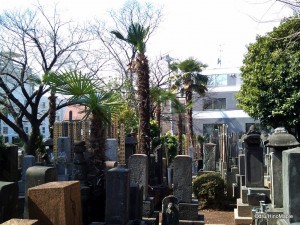 The best way to explain the feeling in Tokyo is to remind people about what they were doing after the 9/11 terrorist attacks in America.  It was a shocking, mind numbing event that stunned the world for an entire week.  The shock from a natural disaster tends to last less the farther you are from the affected areas as they are less affected.  For anyone who has a friend in Japan, or who had a friend in Japan, they will feel the effects of this earthquake a little longer, but for those who actually lived through it, it is only starting to subside.  For people who have family living in Japan, this ordeal may not have ended yet.  Tokyo has changed and it will not be the same for a long time.  Just like after the 9/11 attacks people don’t forget.  People have experienced a great trauma both physically and mentally.  After the earthquake you could only watch coverage of the search for survivors on the news.  The news was completely dominated for a few days with nothing but earthquake information.  The first business day after the quake saw several television stations begin to broadcast their usual programming.  Several live shows were still interrupted due to the seriousness of the situation, but most have returned after a one week absence.  If I recall correctly, America did something similar. 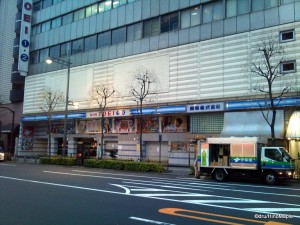 Life in Tokyo itself seems like nothing has changed, at least in terms of what people do.  Work has returned for those who can and people are starting to worry less and less about the aftershocks and the nuclear plant to the north.  People are still very annoyed and complain everyday about the aftershocks.  It is a new reality in Tokyo that people will feel at least one tremor each day but it is subsiding.  For those living north of Tokyo, they will tend to feel more but at least this has subsided from the constant aftershocks that occurred for the first few days after the initial quake.  Overall people are now more nervous about aftershocks than they were before the big quake.  For those living in Japan, earthquakes are a fact of life and you routinely experience them every couple months or so.  After the big earthquake, I find that people are more nervous about aftershocks than before the big quake.  The other normalcy is the lack of power, or the need for people to tell others to conserve power.  It is a reality that Tokyo and the northern areas of Honshu will be suffering a power shortage for a long time.  It takes months if not years to create new capacity after the nuclear reactors in the area had shut down.  Losing roughly 30% of a region’s power output is devastating.  While talks of surviving the spring are okay, talks about the hot troubled summer have already started.  People are worrying about what will happen when the temperatures soar to over 35C with the humidity.  It will not be easy for Tokyo to cope but we will somehow as rolling blackouts and the necessity to save energy is important.  It appears that shops will now close early and lighting around the city will be dark for the indefinite future. 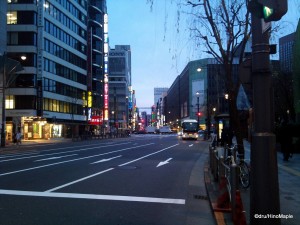 The worst part of the new normalcy is the nuclear power plant in Fukushima.  We are constantly getting reports from Mr. Edano and the Prime Minister’s Office.  They update Japan once or twice a day, at the moment, and they try to calm the general public.  It is causing a lot of concern in Japan overall, but mostly in Tokyo.  People are hoarding food all the time and supermarkets cannot keep up with the demand.  It is difficult to satisfy people when millions rush out to buy litres of bottled water as the water is unsafe to drink, for infants.  It’s important to note that the water isn’t dangerous for adults, yet adults are being selfish enough to buy as much as possible regardless of whether they have children or not.  It’s a shame to be honest but understandable when people fear for their health, let alone their lives.  The other normalcy is living with radiation.  It took me 5 days to relax and understand that the amount of radiation in the air is minimal and won’t have any serious effects on my health.  Even then, I still get people telling me to worry as it is a cumulative effect.  With reports saying it can take weeks or months for the plant to become stable and the radiation to stop being emitted, in small doses mind you, it does make me wonder if I will have any longer term problems with the constant barrage of millisieverts of radiation.  I’m sure it’s safe as there are several international agencies that say so, as well as many governments saying 80km is the danger zone.  I can only hope they are right and don’t make any mistakes.  The sentiment around Tokyo appears to be the same.  People are very worried inside, although it can be difficult to see it on their faces.  The fears of the nuclear radiation is constantly on the minds of most people however they either hide it behind their Japanese culture to persevere; hide their thoughts behind a mountain of work; or they are completely ignorant of the situation in Fukushima. 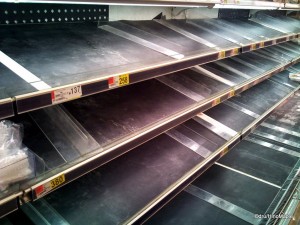 Empty shelves as people stock up.

It’s hard to explain how stressed I was and how much is still lying below the surface.  I wish the Fukushima plant problems would be resolved so that I can focus all of my attention on the needs of those who lost their homes and loved ones on the Pacific coast of Tohoku.  It’s terrible and I’m sad for their loss.  I fear for the day I have to talk to a student and they tell me they lost part of their family in the tsunami or the earthquake itself.  There is a high chance it will happen but I hope it doesn’t.  It’s hard not to find someone who doesn’t know someone or knows someone who knows someone that is living in that region.  I have a friend who used to live in one of those regions, whether it was on the coast or in the mountains, I’m not sure but it was in that region nonetheless.  Many people are trying to help others in the region but without any idea as to what to do it can be difficult.  For now most of Japan is trying to raise money to help the people who have no homes left.  Please donate if you can.

Please donate to your local Red Cross or Red Crescent if you don’t live in Japan as they will ensure the funds reach Japan.

Note:  Pictures without captions are from before the earthquake.

The New Normal (After the 2011 Great Higashi-Nihon Earthquake) is part of a series of posts following the earthquake in Japan.  Please continue reading the following posts in this series: