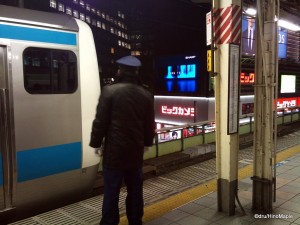 Recently, I have been participating in a travel forum giving advice to various travellers who want to visit Japan. This is the Virtual Tourist forums. There are lots of people who need help with information on various locations around Japan and I do my best to provide them with as much information as needed. I don’t have all of the information, but being a resident, I have a different viewpoint compared to those who have just visited Japan. While I may have some knowledge in some things, I’m surprised by how much information travellers have, and can remember after a trip. In the last few months, I have seen people ask about transportation in Japan, and sometimes specifically about Tokyo. I have written that the Yamanote Line is one of the easiest ways to get around Tokyo, and I suggested methods to get information on how to get around Tokyo by subway. There was a major reason as to why I wrote about the subway system itself rather than the Yamanote Line. Many tourists seem to pride themselves that they can easily get around Tokyo using just the Yamanote Line, and that the JR lines are better than the subway lines. This, I think is not true and actually, the opposite is true. 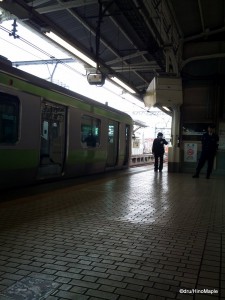 The debate on which is better, Subway or JR, is something that people sometimes talk about, and people tend to have a unified voice. Of the various co-workers and students that I have talked to, the consensus is that the JR lines are worse than the subway lines. I’m not too sure why this is true, but this is just how it is. At the time of writing my post about Tokyo’s Subways, I hadn’t ridden the JR lines too often, so I didn’t have any real experience with them. Now that I have moved and lived in my current apartment for nearly a year, I can easily say which is better, and I completely agree that the subway system is much better. When we look at the morning trains, it doesn’t matter which train you take, it will be full. There really isn’t much of a difference on which company is better. However, during the day, and at night, this difference is very apparent. 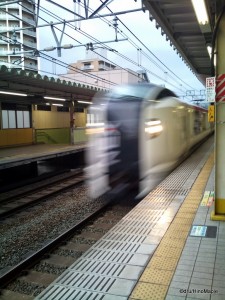 The first thing you will notice is that the people are generally more courteous on the subway. When you are getting on and off the subway, it’s more common for people to get out of the way, or get off the train. People don’t tend to crowd the platforms, or crowd the doors when they get on or off. Of course, this is not always true, but this is generally true. When the trains are really full, people don’t push to get off. More often than not, they just wait till the person in front moves and then they get off. I can’t tell you how many times my heel was stepped on while exiting a JR train that wasn’t full, while in a full subway, it’s less common to get stepped on. In a worst case scenario, people push, and this has happened a lot to me. I feel that people just don’t have any patience when exiting a JR train. In the daytime, the trains are not as busy so people don’t try to push you out of the way to get out, but the subways also get better in the day as well.  It’s hard to truly explain the differences in words but if you ever get the chance to try it you will notice the difference. 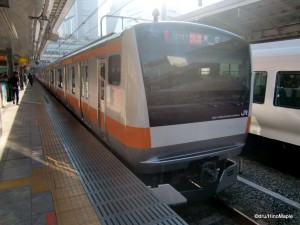 The crowding inside the trains is the other problem. In any train, people tend to “hang out” around the doors. On the subway, this is true, but if there are a lot of people, they tend to move into the train rather than insist that they stand at the door. It seems that people who take the JR trains need to be near the door or they won’t get out first. They NEED to get out first or else the whole world will end. At least that’s my impression. My only plausible explanation is that they need to get out and run as fast as possible to make a train connection, but at the same time, if the train is late, they won’t make it anyways.  Sometimes, there can be a lot of space around the benches and the door area will be packed, yet no one in the door area will move as they feel they won’t get out. It’s unbelievable that people would do that, but that’s life on the JR lines. 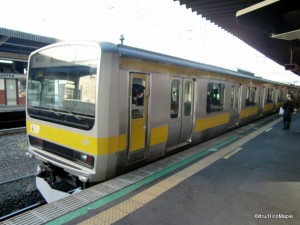 The best part of riding the JR lines is the fact that it can get you to almost any location in Tokyo. There are only a few locations that can’t be accessed by the Yamanote and Chuo lines. I do recommend the JR lines when travelling in Tokyo for their ease of use. It’s a great tool, but I still prefer the subway. It’s more complicated, and you can’t use your phone as often, but at least it isn’t as busy and you will keep your sanity longer than on the JR lines.

Trains in Tokyo – Redux are my updated thoughts about the train system in Tokyo.  To read more about trains, continue to Subways of Tokyo.