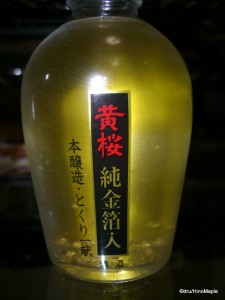 One of the most famous drinks to come out of Japan has to be sake.  It is a clear alcoholic drink that is enjoyed in various ways.  It is often said to be “rice wine” because of the taste.  The subtle differences in flavour and ability to pair it with most types of food, depending on where it’s made, creates this comparison.  However, unlike wine, it is brewed like beer.  The main reason no one would ever compare it to beer is because beer is carbonated.  In reality, sake cannot be compared to anything.  No one would ever consider comparing an apple and an orange, so we really shouldn’t be comparing sake with anything at all.  In fact, saying the word sake in Japan would only make people confused.  The true translation of sake is “alcohol” or an “alcoholic drink”.  The true translation should be “nihonshu”, Japanese alcohol. 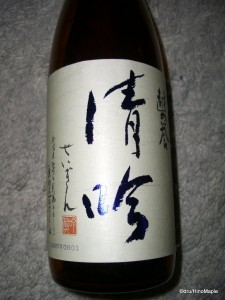 Nihonshu can be found in almost every city in Japan.  Local nihonshu, however, is sometimes hard to find.  If you travel to Nigata, north of Tokyo, or the Kyoto region, you should be able to find a plethora of local nihonshu brands.  There are essentially only four varieties of nihonshu, Jumai, Honjozo, Ginjo, and Daiginjo.  Like wine, if you don’t drink a lot of nihonshu, it will be difficult to tell the differences in each type.  In Japan, the easiest way to tell what type of taste a brand has is to check its “level”.  Japan has a level classification to define how spicy or how sweet a bottle of nihonshu is.  A high number implies a spicy taste, while a negative number implies a sweet taste.   Playing it safe by buying a “0” is okay, but generally, like wine, spicy nihonshus are good with meat, and sweet ones are better with fish or vegetables.  When drinking only nihonshu, it’s up to your own personal taste buds to decide which is best for you. 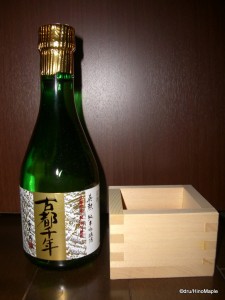 Nihonshu (small bottle) with a Masu

In Japan, and around the world, you will be able to find various types of nihonshu.  Price makes a huge difference between a good and a bad nihonshu.  Paying less than $10 a litre will almost always guarantee bad sake.  In Japan, you can buy sake from a roughly 300mL jar for about 200 Yen.  This is probably the worst thing you can do.  The nihonshu is mass produced to such a degree that it generally doesn’t taste good.  For a small bottle, roughly 355mL, you can expect to pay at least 500 Yen, but that can also go up to 1000 Yen.  When leaving Japan via the airport, you can find several 750mL bottles running around 2000 Yen.  These are all valuable bottles and you can never go wrong with them.  I have never personally purchased any special nihonshu bottles, such as those in a ceramic jar or ceremonial barrel, so be aware that it may or may not taste good.  Do note that prices in North America should be at least 50~100% more than Japanese prices. 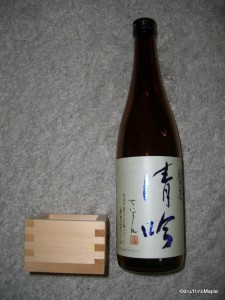 There are many ways to drink nihonshu.  You can look all over the internet and find different opinions on how to drink it.  Essentially, nowadays, most of the people I have talked to enjoy cold nihonshu.  Heated nihonshu is generally for the winter season, and there are specific types of nihonshu for the winter season.  When going to an izakaya, the most common way to be served nihonshu is in a shot glass.  This is also how I generally enjoy nihonshu.  It’s simple and it keeps the flavours in tact.  You can also drink nihonshu from a “choko” which is essentially a small ceramic tea cup.  This is the very same cup you will see that comes in a “sake set” where you get a bottle and two cups.  While this is nice, a shot glass is more versatile.  There are some special cups used to drink nihonshu.  “Sakazuki” is a saucer like dish, about the size of a small tea saucer.  It is almost exclusively used in ceremonies and highly unlikely to be seen in a restaurant as it can only hold a small amount.  More commonly seen in Japan is a “Masu”.  This is a small wooden box made of hinoki or sugi.  Generally, these are fragrant woods that add to the flavour of the nihonshu.  High end restaurants may use real masu boxes, but regular izakayas tend to use plastic versions that are lacquered.  It’s customary to put a shot glass inside the box and fill it till it is overflowing.  The best way to drink the nihonshu is to sip it from the glass until it’s possibly half empty.  Then, you can pour the nihonshu that’s in the masu into the glass.

Nihonshu is one of my favourite drinks in Japan.  I don’t really drink enough of it, to be honest.  Like any alcohol, it isn’t for everyone, but if you only drink the cheap stuff, you won’t like it.  It can be an acquired taste as well, so just do your best and over time, maybe you’ll grow to like it.  This is only a basic introduction, so please read some of the following guides if you want to find out more.

http://en.wikipedia.org/wiki/Sake (sake basics)
http://www.jetro.org/trends/sake_intro.php (a good introduction to sake)
http://www.sake-world.com/index.html (everything you need to know about sake)