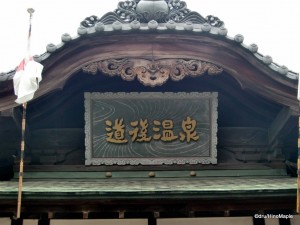 Onsen is a traditional Japanese hot spring bath house.  They range in size from quaint little barrels located on a hill to grand modern style baths.  Japan is well known as being one of the most active areas in the world for volcanoes and earthquakes.  With all of this seismic activity, Japan is a hotbed for natural hot springs.  For a tourist, or even a resident foreigner, it’s very difficult to understand the feel of an onsen, or really understand why people do it.  It’s definitely a cultural identity for Japanese people.  When visiting Japan, I would recommend visiting an onsen, but if you are uncomfortable with the process, don’t be sad if you don’t go.  I don’t believe it is necessary to experience Japan, but if you are living in Japan, I would recommend trying to go to an onsen at least once. 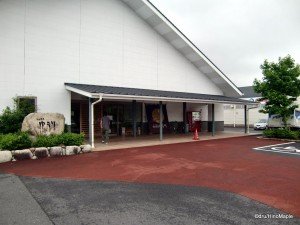 When visiting an onsen, you have to understand the rules.  Once you know of all the rules, you can decide whether or not you wish to go to the onsen itself.  All onsen have the same rules, and it’s easy to forget what they are.  The first step to the onsen is to enter the building and take off your shoes.  Most of them have a small entrance with shoe boxes available.  If you wear shoes that are bigger than a size 12 (US), you might have trouble putting your shoes into the shoe lockers.  Don’t go with boots either as they will more than likely not have lockers for boots.  The next step is to pay for the onsen itself.  The prices range from 400-700 yen depending on the place.  I’d recommend bringing a small bath towel with you, and purchasing one at the onsen as well.  Towels are usually very cheap, roughly 100-300 yen each.  These are to be used inside the onsen itself.  Your towel can be used to dry off when you exit the onsen. 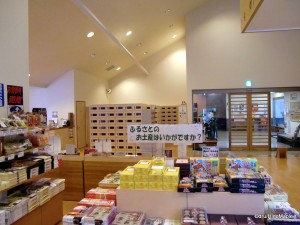 Typical entrance to an onsen

After you pay for everything, you can enter the bath area.  There is almost always a men’s and women’s section.  Men’s are usually easy to see as they have a blue curtain in the entrance, and the women’s section uses red or pink.  When you enter the private area, you will be in the locker room.  There is usually dozens of lockers where you can put all of your belongings.  Some onsen have baskets with small lockers for wallets and watches.  There is also a section for you to primp yourself after the bath, but I’ll get into that later.  The first challenge is to get naked.  My first time in the onsen, I was very shy.  I knew what was expected of me, so I stripped down pretty quickly and all was okay.  No one will look at you.  If you have long hair, make sure it’s tied UP.  This is especially important for women.  You can let it down as you shower, but try to keep it up all the time.  The basic rule is, if you can tie your hair up, do it.  From there, you can enter the actual onsen. 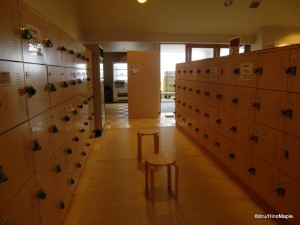 Locker room at an onsen

When you enter the onsen, it’s traditional to cover up your privates with a small towel.  If you buy a towel at the onsen, you can use this towel.  It’s not very thick, nor fluffy.  The sole purpose of this is to aide in the cleaning process, and to slightly cover up.  You don’t have to use it to cover up, but I do it either way.  The shower area is the first place to head to.  The shower area is very easy to spot.  There are several rows of “seats” and mirrors.  Each shower is pretty standard.  You are given a small area to sit.  Each shower has a mirror, small seat, bowl, soap, shampoo, a faucet, and a shower head.  The method to use the shower depends on the plumbing, but generally, there is a temperature switch on the left, flow for the shower on the right, and a button for the faucet in the middle.  Adjust the temperature and turn on the shower.  Rinse off the entire area with water before you begin.  Clean off the mirror, the soap, the faucet, and both bowl and seat before you sit down.  After this, you can finally take a seat.  Once seated, you can shower any way you like.  Some prefer to wash their hair first, and some prefer to use the towel as a way to scrub their body.  Once you have finished soaping up, you can use the faucet to pour hot water all over your body.  Place the bucket under the faucet and press the centre button.  There is no temperature setting for the faucet, so beware that the water will be hot.  Personally, I prefer to rinse with the shower head itself and use the faucet water to prepare myself for the onsen baths.  Think of it as a warming or preparatory rinse.  Once you have finished your shower, you should give everything in the shower area one final rinse, the same as when you entered, and put everything back where you found it.  You can then proceed to the baths.   Do note that many sites recommend you do a quick rinse, bathe, then shower with soap, and bathe again.  I have not seen this myself when I visited onsen. 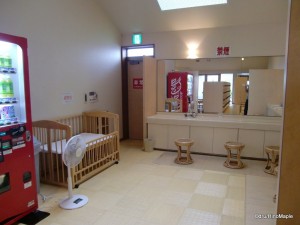 Area to fix your hair after a bath

How to bathe will depend on your own personal preference.  Whether you prefer to enter the hot bath first, and proceed to the cooler ones, or just enter one bath and finish is up to you.  Smaller onsen have only one or two baths.  Part of the fun is to just try each one.  As you enter the bath, do be aware that the water can be extremely hot, especially the baths inside.  Do not put your towel inside the water, and do not put your head under water.  These are not allowed and you may get a stern lecture on etiquette if you make a mistake.  With the towel, just fold it up into a small square and place it on your head.  You can always place it on the side, but most men will put it on their head.  If you head outside, you can also enjoy the outdoor bath which usually has either natural or concrete rocks that has a very calming effect.  If there is a sauna, do be aware that you will probably have to use your own foam seat if there is one provided.  They are usually located outside the sauna and you return it to the cleaning bin which should be next to it. 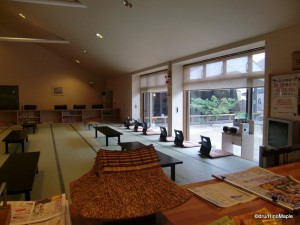 Once you have finished with the baths, you should either shower completely, or rinse off.  A quick trip to the shower area or utilizing a standing shower stall is effective.  I generally don’t enjoy the residue left on my skin by the onsen water, so I prefer to shower completely, but very quickly.  Some onsen and many websites recommend that you don’t rinse at all.   As I said, I personally don’t like the feel of the minerals left on my body, so I prefer to shower quickly.  I also suggest towelling off with the wet towel before entering the locker room.  Depending on the onsen, it may or may not be required, but it does make drying easier when you are finished.  After you exit the bathing area, you can get dressed and make use of the powder room area.  There is almost always an area set up with a counter, mirrors, and hair dryers.  If you go to an expensive onsen, there will be an array of facial creams and hand lotions that you can use.  There may even be some hair products.  Generally, you should bring your own stuff.  You can take as much time as you need to get ready, and it’s pretty simple and straight forward.  Afterwards, you can exit and enter the common area.  The common area is a place to relax after the bath.  There is usually a place to buy some food, but mainly for drinks.  Japanese people love to drink alcohol, especially beer, after a nice bath.  At night, don’t be surprised to see lots of people sitting in a tatami room enjoying a few beers and having a nice conversation.  You can also buy things such as milk, or ramune, a type of citrus soda.  If you are waiting for someone to come out of the onsen, you can enjoy a magazine, newspaper, or manga while you wait, but it will depend on the onsen itself.  There are also several gifts that you can buy, such as scrubbing blocks, soap, and other bathing products.  They are generally not cheap, but the quality is very good. 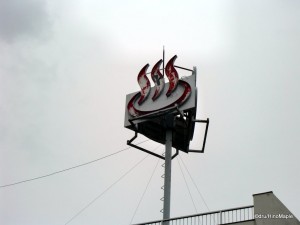 Onsen logo. This is for a sento (public bath) that uses onsen water.

This is the basic onsen experience.  If you decide to go, do expect to spend at least an hour, maybe more at the onsen itself.  The bathing experience shouldn’t be more than 15-30 minutes.  Bathing in the onsen is not like bathing at home.  It’s part utilitarian and part relaxation.  The relaxation is party done outside in the common area.  Don’t be too afraid of going to an onsen, even if you are by yourself.  The only time to be worried is if you have tattoos.  Generally, tattoos are not allowed by patrons, but if it’s a small one, you could be okay.