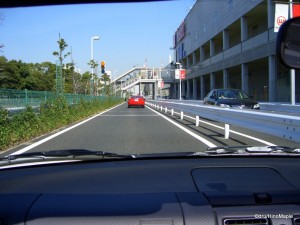 After completing a museum tour, heading to the southern area, just east of the museums is a couple of famous attractions.  The first is Palette Town.  It is a large complex that holds various activities, one being Venus Fort, a theme mall.  It’s very similar to the shopping malls on the north side however Venus Fort is modeled after a European city.  On the exterior, it looks like any regular building, but once you enter, you’ll be greeted by a grand walkway full of Italian styled stucco wallpaper.  The shops in this mall tend to be more upscale and there is a huge fountain in the back of the mall.  It’s a famous place for photos and the staff of the mall will happily take your photo.  The end of the mall has a stage for various performances and Mariah Carey made an appearance at one time to promote one of her albums.  In grand style, she was over an hour late for a 15 minute appearance.  If you head to the second floor, you’ll enjoy small walkways connecting various restaurants.  The other main attraction is next door to Venus Fort.  Toyota’s Mega Web, and the Palette Town complex.  Mega Web is a large showcase for Toyota and Lexus cars.  If you have a Japanese driver’s license or an international one, you can, for a fee, test drive any of the Japanese spec Toyota cars around a small private track.  You can easily enter any of the showroom cars, buy a brochure, or take a look at a few of their displays.  There is usually an F1 car, other race cars, a theatre showing Fuji Speedway, and a race simulator.  There is even a corner for children to drive around or just have fun.  If you want to, you can take a tour on an electric, automatic car that will drive around the entire showroom.  Heading over to the far end of the complex, you’ll come to one of the largest Ferris Wheels in the world, and an amusement centre. 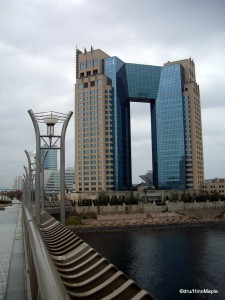 From the eastern edge of Palette Town, you can walk over a famous pedestrian bridge, Yumeno Ohashi, which can be picturesque.  It was used in several TV dramas in the past but only a few people ever walk over it.  It is generally too remote for most people to use it, but it’s very good for most movies and dramas for this very reason.  Tokyo has very strict film laws, so closing any other bridge is very difficult.  The size of this bridge makes it very convenient to film on.   From here, there are various buildings that are mainly for office workers, but you can see the odd cosplay event from time to time.  In all honesty, there is almost nothing to see or do in this area.  If you can walk all the way to Ariake station, you’ll be able to visit the Panasonic Center.  It’s a small showcase of Panasonic’s latest technologies and green movement.  They even have a small Nintendo corner, but in reality, unless you love technology, it’s not worth the long walk.  In the past, this was a nice destination as it was the last stop of the Yurikamome line.  Unfortunately, this is no longer the case, but it does provide a nice trip to see the edge of Odaiba. 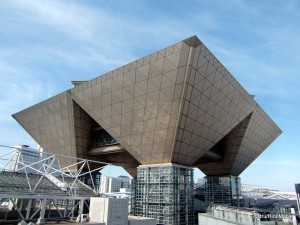 The bigger attraction in this area of Odaiba is Tokyo Big Site.  It’s the scene of various conventions and exhibits.  The popular Design Festa is held twice a year showcasing some of Tokyo’s craziest artists.  Everything you see will be strange, different, and unique.  It’s something that must be seen to understand.  There are several comic and anime conventions where you’ll be able to see your favourite characters, and even see all of the crazy fans that dress up as their favourite characters.  The annual Tokyo Motorcycle Show is also a popular exhibit, including various technological exhibitions.  It’s impossible to describe each and every convention that can be held in Tokyo Big Site, so visiting their website is essential.  If you don’t want to go to any conventions, or if none of them are interesting at the time of your visit, visiting Tokyo Big Site itself is still pretty interesting.  You can get very nice views of the planes coming in to land at Haneda airport and there are several public works of art.  Unfortunately, unless you want to see an exhibit, there really isn’t any reason to be in the area unless you have time to spare. 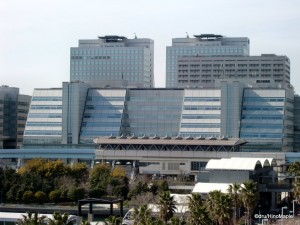 Overall, Odaiba is a wonderful place to visit.  For seasoned residents of Tokyo, there isn’t much to see or do.  Most people either come as a couple, usually in their teens, or to drive around.  Odaiba is, for some reason, considered a nice place to drive.  Is Odaiba really a place to visit in Tokyo?  The simple answer is no.  If you don’t have time, it’s not that important.  However, like any other city, if you have time and you finished seeing everything else, by all means, spend a day in Odaiba and you’ll have a great time nonetheless.

This is Part II of a II part series.  Please head back to Part I if you haven’t read it.