Resting on the way down

Today marks this blog’s birthday.  Dru’s Misadventures is now one year old.  This blog was originally supposed to be a blog about my life.  However, I soon realized that no one would be very interested in my life, per se.  My passion for travelling around Japan would be far more interesting, so I decided to start writing about the places I have visited.  My first real post was about Beijing.  This was quickly followed by a post about Matsushima, which I visited the month before.  From there, I talked about baseball, football, and other cities in Japan.  I have also touched a little on culture, but I have mainly talked about travelling.

This blog now holds two purposes in my life.  One is to write an account of the places I have been and to hopefully share it with others.  It can be difficult to remember things that we have done in the past, and this is one of the best ways I can think of to remind myself of the sights, sounds, and smells of each place.  I can only hope that my writing has helped others, and hopefully yourself to understand the places I’ve been, and to hopefully get an idea of what things can be like if you ever visit those cities.  If you ever have questions about different places, always feel free to ask.  The other reason I’m writing this blog is to help my students learn English.  I am an English teacher in Japan and I use this blog as a way to help students learn English.  I hope that my own personal writing provides a nice variety of English words and phrases for them to learn, as well as to hopefully get a better understanding of my own personality.  I always encourage people to ask me questions, especially if they don’t understand something that I write.  While I am better at teaching face to face, I can always type an answer to any questions you may have. 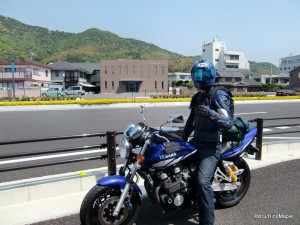 It has been about one year since I first started this blog, and I’m very happy to hear from people around the world.  I haven’t done much to promote my blog.  As I have mentioned, this is more of a hobby than anything else.  While it is simple to write about Tokyo and get lots of people to my site, hopefully my journeys to the less traveled places in Japan will encourage people, especially expats living in Japan, to travel within Japan even more.  Since the first year I was in Japan, my view of Japan has changed dramatically.  I have been able to learn a lot about the people, its history, and its culture.  I do have to say that my first year of travels within Japan has been very doe eyed, compared to the way I see things now.  Now, I can look at Japan in a more understanding way, and be capable to finding new things easily.  The first time you ever visit a city should never be the last.  It can take two or even three times to visit a city completely.  While I have touched on many places in Japan, I always find new adventures on the second or even third time.  I hope that you will also be able to venture to these beautiful cities someday. 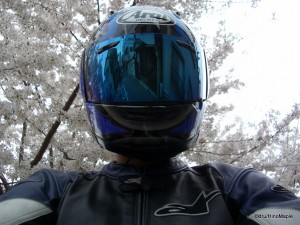 In the first 4 months, this blog averaged 125 hits.  From December until February of 2009, I averaged 185 hits a month.  That was my first big jump in hits.  Since March of this year, the average has been 308 hits a month, and last month was the biggest yet, with 404.  It’s only halfway into August and there are over 200 hits.  It’s possible that this blog has reached an average of 400 hits a month, but only time will tell.  In terms of per day hits, things started well in the first month, but got worse towards the end of 2008.  By March, 2009, the average per day hit count has been over 10.  Hopefully that will continue to rise for the foreseeable future.  The busiest day, ever, was when I first started this blog.  I received 39 hits on August 24th, 2008, but on August 11th, 2009, I received 32.  That’s pretty close to the record.  Hopefully that will be broken within the next year.  It seems that most people are interested in the Azabu Juban Festival, as it has the most searches.  In terms of what people find interesting, by far, my post on Kabukicho is the most popular, followed by the Azabu Juban post.  Football comes in third.  Finally, I must thank IHC Way, as without their link, most of you wouldn’t even know about me.  I hope you can all put a link and tell others about this blog as I don’t do any advertising.