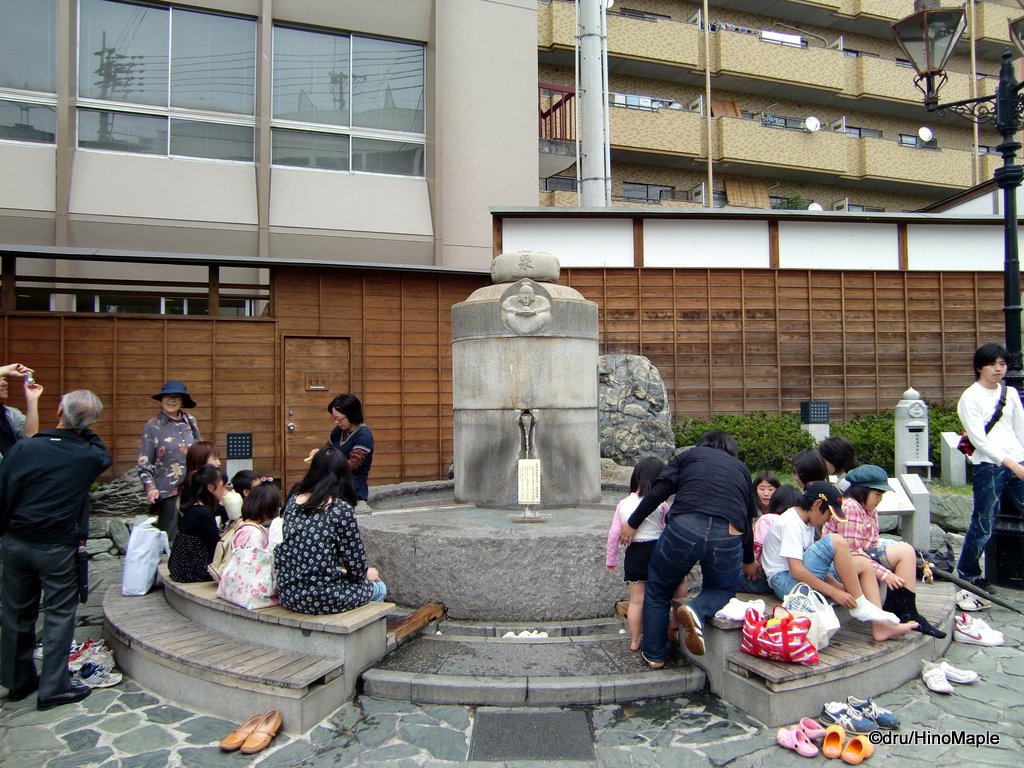 Dogo is an area inside Matsuyama that is very well known.  Its claim to fame is Dogo Onsen.  It is claimed to be the oldest onsen in Japan.  While no one can be certain, it has the oldest referral in any written book in Japan.  For this reason, Dogo is a must see for people who visit Matsuyama.  Being a tourist destination, you will have a lot of opportunities to see and do things that are more common in the touristy areas of Japan. 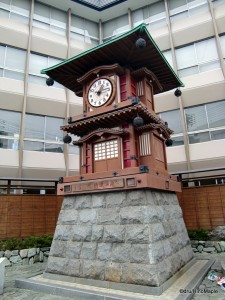 Reaching the Dogo area is very easy.  Taking one of the main trams to Dogo Onsen is the easiest way.  It is the last stop, so don’t worry about missing it.  Once you get off the tram, you will see a sea of people.  Exiting the station will point you in the direction of Dogo Onsen.  Across from the station is a popular, and free, footbath.  This fountain is very popular as a quick way to enjoy the natural spring water without having to pay for the onsen itself.  Do be warned that it can be very busy and line-ups in the middle of the day are common.  Next to the footbath is an old style clock.  This clock, like many others in Japan, has a special chime every hour.  Don’t forget to turn around after walking to the clock and footbath, so you can see the beautiful station building.  It was built to look like an old European building.  The face of the building makes it feel much larger than it actually is. 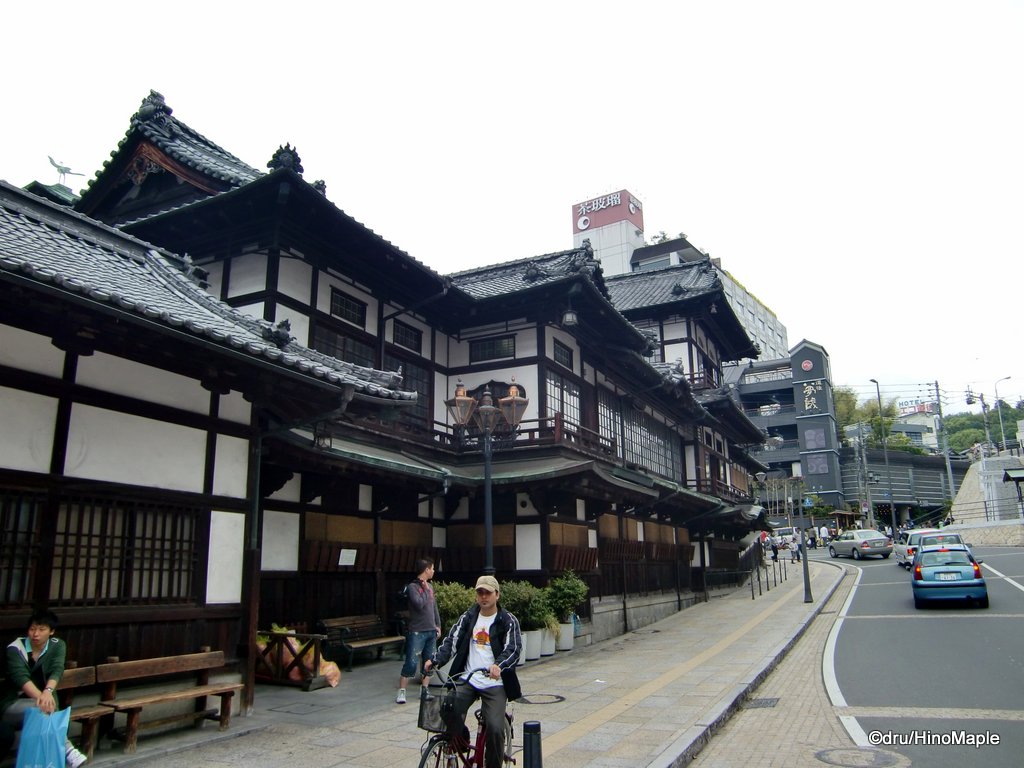 There are two routes to reaching Dogo Onsen.  The first is to follow the shotengai to the entrance.  The other is to walk up a hill and follow the line of cars waiting to enter the parking lot.  I’d recommend the shotengai as you can always buy a few souvenirs on the way.  Dogo Onsen has two buildings, as far as I know.  When the shotengai turns right, you’ll be at the new onsen.  Turn left and the building is just outside the covered shotengai.  I believe everything is the same, but in a modern building.  It isn’t as busy, and has the same natural spring water, but because it is not the original, most people go to the original building.  Upon exiting the short shotengai, you will see the old onsen.  The way people talk about it, I was expecting a building that was much larger than it was.  It was a nice small wooden building with many people on the second floor enjoying tea and Japanese sweets after their afternoon bath.  There are many guides at the entrance that have instructions in English.  I’m not sure if they speak English, but the guides have English manuals that will definitely help. 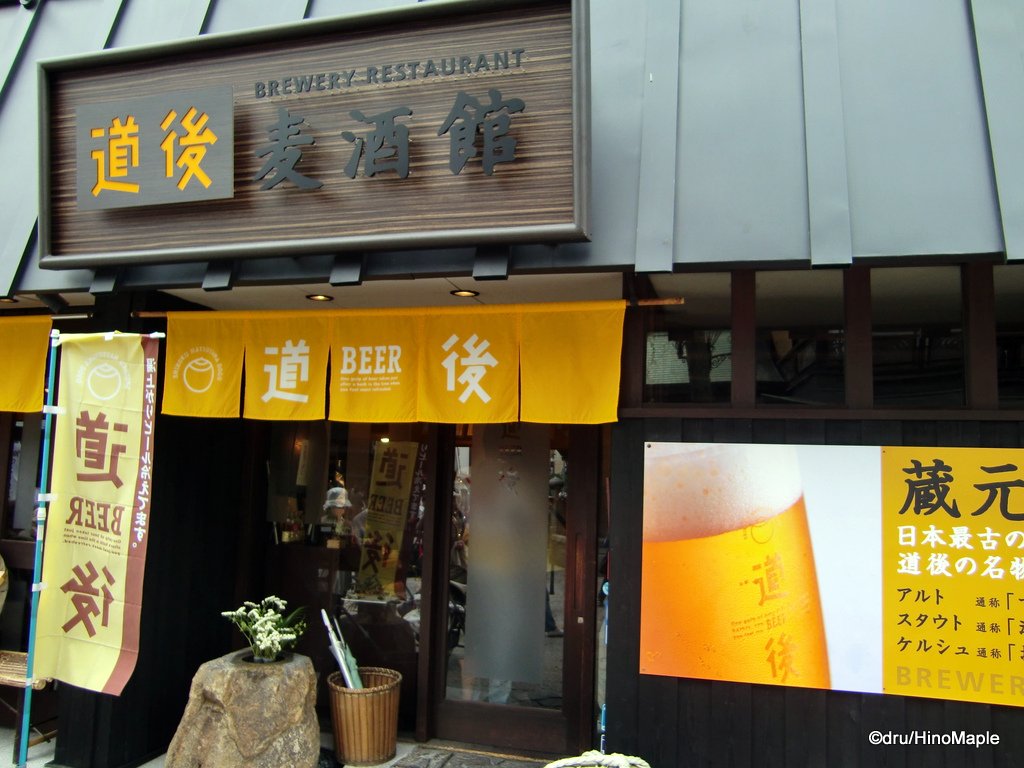 If you do go inside to enjoy the bath, be sure to bring soap and a towel.  It does cost extra if you don’t have it.  It is also well known that going at night, or most other times, you’ll have to line up for everything.  You have to line-up to enter, to get a locker, to take a shower, and to bathe.  If you are shy about being naked in front of other people, especially for a long time, I’d recommend going to the newer building.  Once you finish your bath, you can visit one of the other rooms in the onsen.  Do note that the onsen has a few classes for bathing.  You can also visit the emperor’s room, but that is also extra.  After leaving the onsen, it is almost always true that Japanese people want to drink some alcohol.  Outside Dogo Onsen, you’ll have a lot of choices.  I would highly recommend going to the Dogo Brewery located next to the onsen.  The food was excellent, and so was the beer.  You won’t find it anywhere else. 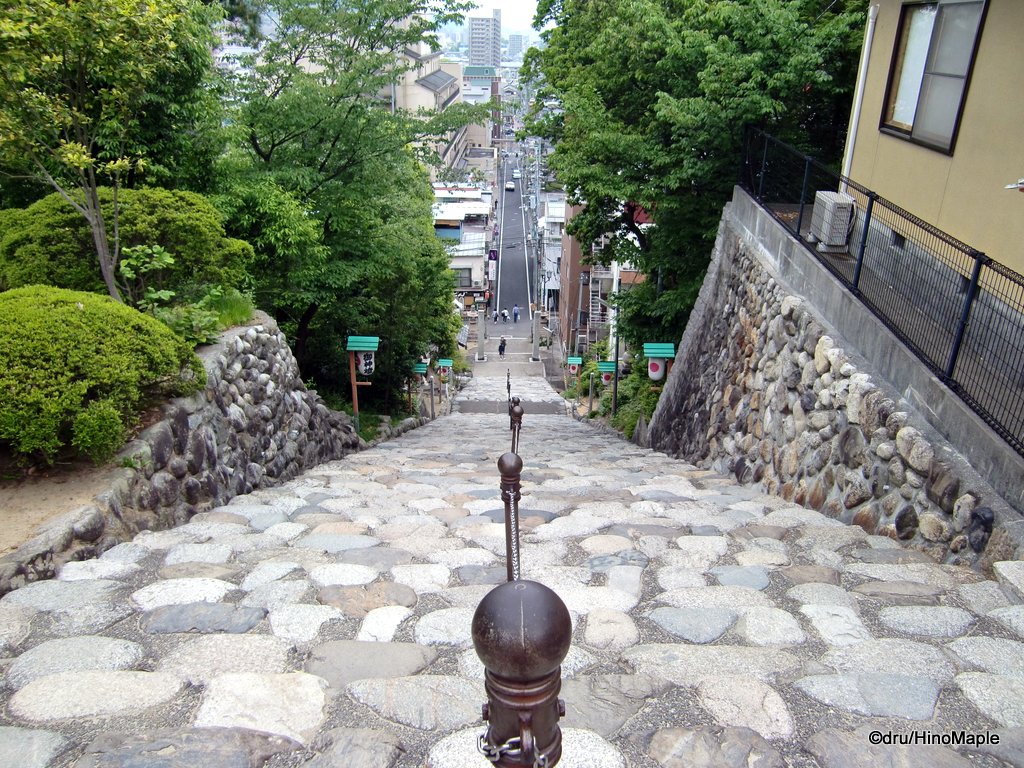 Next to Dogo Onsen is Isaniwa Shrine.  It is about 135 steps to the top, and a good trial before heading to Kotohira.  The shrine itself is very small, but dedicated top the god of war.  If you have the energy, you can try to walk over to Ishite Temple.  This is part of the 88 temple pilgrimage and one of the most spectacular temples.  Unfortunately, I was unable to find it and discovered it was much farther way than I expected.  It is somewhere that I do plan to visit again, if I get the chance. 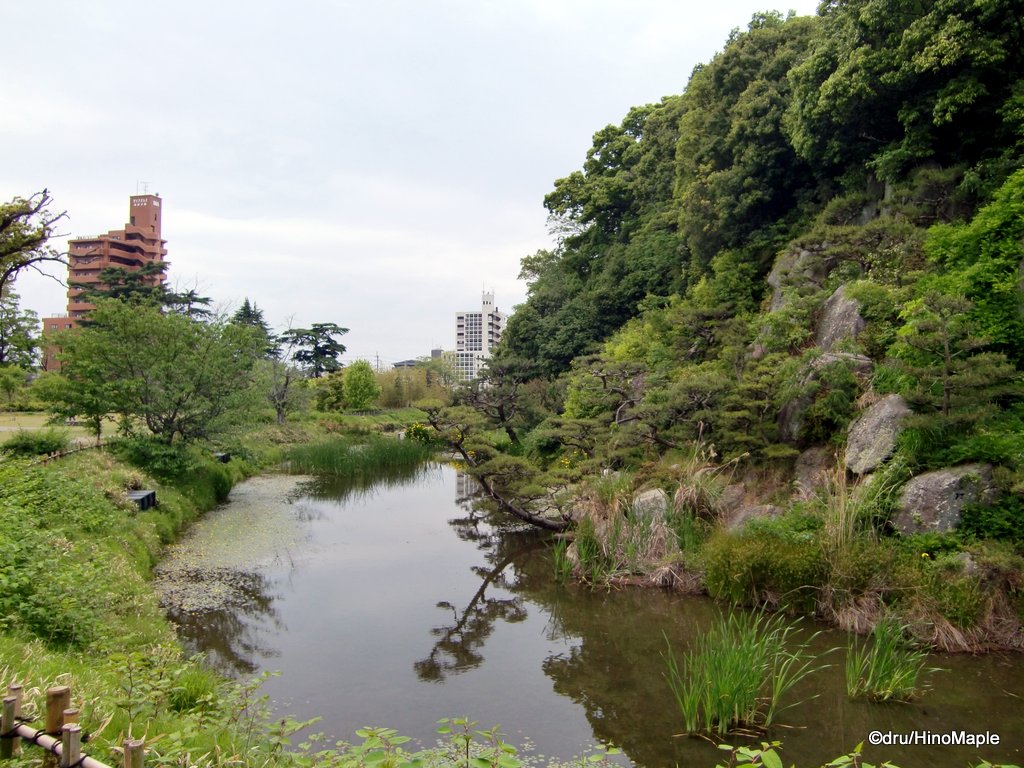 The last thing to do in the Dogo area is to visit Dogo Koen.  It is a very nice, relaxing park, where you can see dozens of people enjoying a nice barbeque on a sunny day.  It is a very hilly park and the site of the Yuzuki-jo ruins, another castle.  There aren’t any signs that there was a castle on the grounds, but there is a nice lookout site at the top of the hill that gives another vantage point to the city.  The centre of the park is a fun place to explore and to escape the heat.  Do be aware that there are a few entrances and exits, so it’s easy to get confused.  However, the main entrance is also located in front of a tram station, so getting back to Matsuyama is very easy.