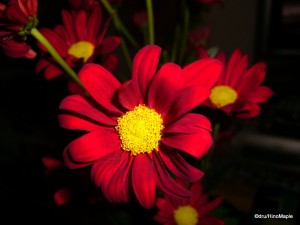 With Valentine’s Day coming this week, I thought I’d write a little about this holiday and this holiday in Japan. The origins of Valentine’s Day, is linked to Geoffrey Chaucer. He wrote about this day in one of his poems. This is widely believed to be the start of Valentine’s Day. It is commonly mistaken as a religious day to celebrate the patron saint of love; however, this has never been proven. Traditionally, this day means many things to many people. As a child, this day is when you tell that “special someone” that you care about them. It’s very common for people in Elementary school to give Valentine’s to everyone in the class. Parents will buy their children a box of 20-40 small, and cheap, Valentine’s Day cards, and the child will address each one to each classmate. Children sometimes receive chocolate from their parents; give chocolates to their crush; or even receive chocolate from someone who likes them. Teenagers tend to take the love part more seriously. Rather than giving cards to everyone, teenagers tend to give their sweetheart something special. Generally, this is flowers and chocolate. Women don’t always give their boyfriends a gift, but the boys should give a gift to their girlfriends. As adults, men tend to have a special night with their wives or girlfriends. They usually buy flowers and or chocolate, and sometimes they take them out for a special dinner. This day is very similar to an anniversary, but without the expensive gifts. Sometimes, it is exactly the same as an anniversary and the men will buy jewellery for their loved ones. For women, might do similar things. However, instead of chocolate and flowers, they buy a gift. 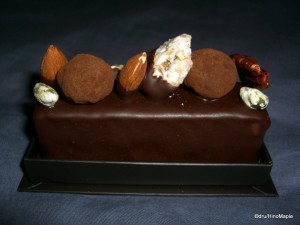 Japan is a very funny country. Valentine’s Day has become twisted and moulded and turned around. Whereas in North America, men tend to give women presents, it’s the opposite in Japan. The idea of “giri-chocolate” was very popular. Women, who worked in an office, or even in a shop, felt an obligation to give chocolate to all the men that they know. This tended to be all the men who worked in their office, and of course their husbands or boyfriends. While in North America, chocolates would be a very simple gift that didn’t cost too much money, in Japan, buying chocolates can be very expensive. It can cost 1000 Yen for just 4 small pieces of chocolate. It’s a very big day for Chocolatiers. It’s so big that many department stores open up their “exhibition space” for various shops to sell chocolate. It can be a mad house from February 1st till Valentine’s Day. The tradition of “giri-chocolate” has, thankfully, being on the decline in recent years. From the first time I came to Japan, to today, I have noticed that fewer and fewer women are giving chocolate to their co-workers. Giving their boss chocolate, is still important, however the need to give EVERY man some chocolate is no longer present. The one thing that is still the same is the need for a couple to have a date on or around Valentine’s Day. For this time of year, it’s still important for the couple to have a nice dinner together and enjoy each other’s company.